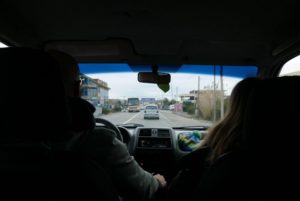 Present situation
Unfortunately, the seismic shocks – the so-called earthquake swarm – continued after the terrible earthquake happened on November 26th. The European Commission announced that an international conference of donors from EU member countries will be held in January for the reconstruction of Albania. In general, the earthquake damaged around 14,000 buildings and left around 13,000 people homeless. Meanwhile, the tests to check the safe condition of the houses continue, although many families who lived in the most isolated areas complain about the absence and the aloofness of the institutions. The satirical program “Fiks Fare” reported a particular case in Thumanë, the epicenter of the earthquake, where only few houses remained undamaged. A family with 7 children lives in the backyard in difficult conditions, without access to the accommodation services offered by the State, since they are involved in a blood feud and therefore do not trust to live together with other citizens for security reasons.
In mid-December, Italian media showed a brief investigative report about freedom of the press in Albania; the “Albania: bocche cucite” (Albania: lips sealed) service broadcast on Raitre, which had no particular echo in Italy, has instead received great attention in Albania. After parliamentary approval of the so-called “anti-defamation law” wanted by the Rama Government in December, many media protested fearing censorship and excessive limits to freedom of the press.

Activities
During the month of December, the presence of Operazione Colomba lightened and the activities were realized with the collaboration of two young volunteers who are working for the civil service within the Comunità Papa Giovanni XXIII projects in Albania. Thanks to their willingness, two ladies were accompanied in prison to visit their husbands who are detained for blood feud’s reasons. Due to the earthquake, by the way, the Koplik prison in which they are located is overcrowded, since it is now holding all the inmates of the Lezha – Shën Koll prison, condemned because of the earthquake.
Furthermore, thanks to the Comunità Papa Giovanni XXIII’s intervention, some monitoring visits were carried out, with particular attention to families in serious health and economic difficulties.
On December 6th, Albanians who belong to the Catholic faith use to celebrate Saint Nicholas (Shën Koll in Albanian) spending the day with the family. According to Kanun’s tradition, official reconciliations take place on this date too. On this occasion, the Operazione Colomba volunteers contacted all the families they take care of to wish them peace and serenity.
Finally, in December, we finalized the correction and the translation (in English and Albanian) of the Toolkit, a short operating handbook intended to convey to local institutions the best practice that Operazione Colomba experienced in Albania, combating the blood feuds phenomenon for ten years. The dissemination of the brief manual pursues the objective to urge the institutions’ intervention in blood feud cases and to improve the competence of local authorities so that they can eradicate the phenomenon. The Toolkit will be implemented with the support of Trentino con i Balcani Association, which will also organize its dissemination through some workshops.

Relationship with institutions and civil society
In December, we were interviewed about our experience aimed at overcoming the blood feuds phenomenon. In particular, we were contacted by a student, who is writing a thesis which, among the topics debated, also deals with the Kanun Code, and by an Austrian journalist, who is writing a book about Albania in which she wants to dedicate a chapter to the blood feuds phenomenon.