A Crowd Against Blood Feuds > Demonstrations 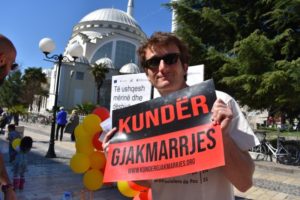 On the 22nd of March 2019, the volunteers of Operazione Colomba organized a demonstration in Shkodër pedestrian city center, to keep promoting the awareness campaign “Kundër Gjakmarrjes” (Against Blood-Feud), launched on December 10th. The volunteers involved the citizens, explaining the goal of the initiative, and asking them to take themselves a picture holding the campaign logo.
In order to attract people attention, the volunteers settled a frame that recalled social networks’ one.
Finally, they distributed some colorful balloons with the campaign’s logo, that catched many children’s attention. Some people stopped to share with the volunteers their personal story of blood-feud. We hope that this initiative could contribute to the development of a social pressure that supports forgiveness and reconciliation.

On the occasion of the Human Rights Day, we held a demonstration in Shkodër pedestrian area.
All human beings are born free and equal in dignity and rights and, for some of us, this is taken for granted like admiring a starry sky.
Unfortunately, for the victims of blood feuds, “normality” is to experience the daily violation of their fundamental human rights.

Knock down all the pins and win with the reconciliation! – 12 march 2016 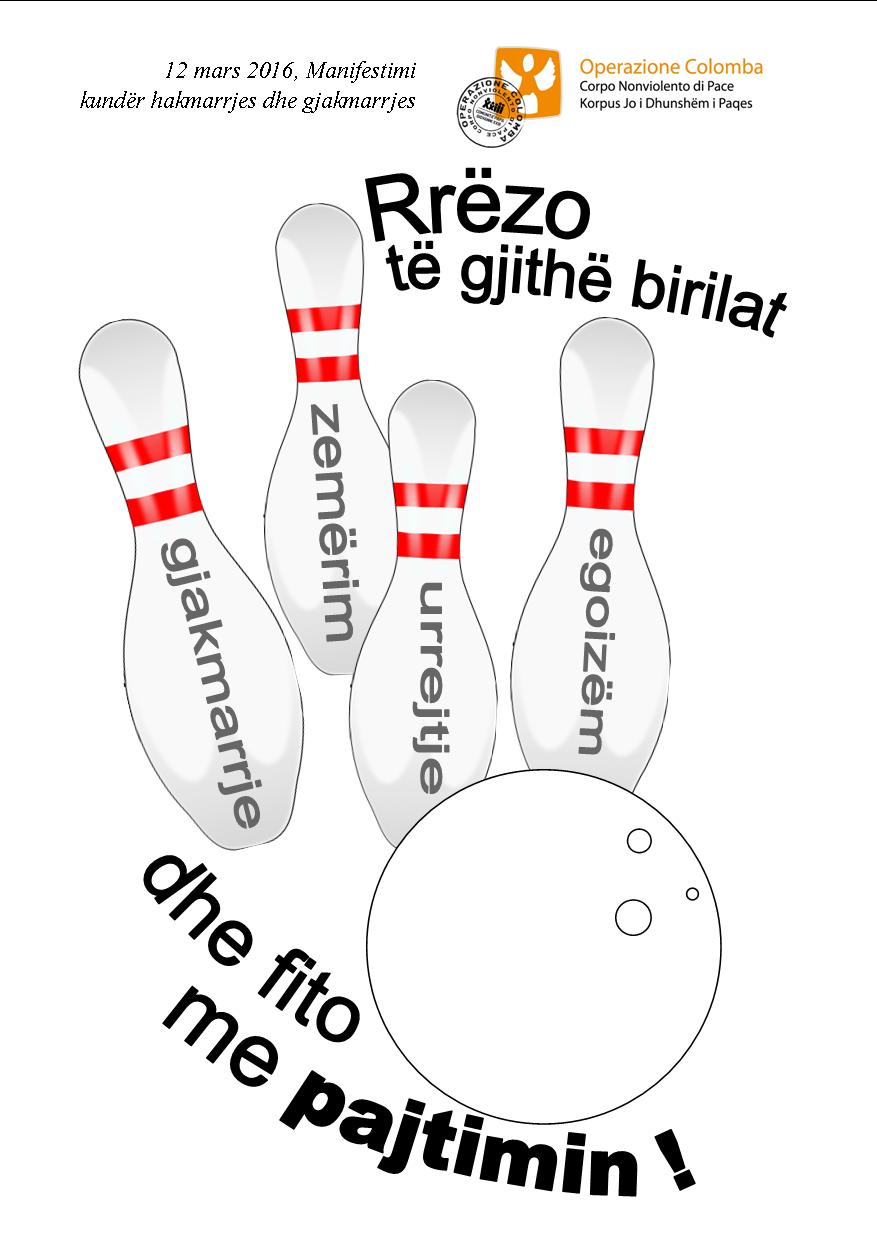 Knock down all the pins and win with the reconciliation!

As every month, today, 12th  March 2016, the volunteers of the association Operazione Colomba commemorate the victims of the blood feuds’ phenomenon. Today  we want to repeat loud the importance of forgiveness and  the precious value of life. Through the bowling game we will offer the chance to get rid from the negative feelings.

Knock down all the pins and win with the reconciliation! END_OF_DOCUMENT_TOKEN_TO_BE_REPLACED

On January 12 2016, as every month, we the volunteers of Operazione Colomba, demonstrate in order to remember the blood feuds victims and to restate that together we must achieve the national reconciliation.

We would like to usher in the 2016, by recalling together the past year demonstrations and exchanging the best wishes for a peaceful year. END_OF_DOCUMENT_TOKEN_TO_BE_REPLACED 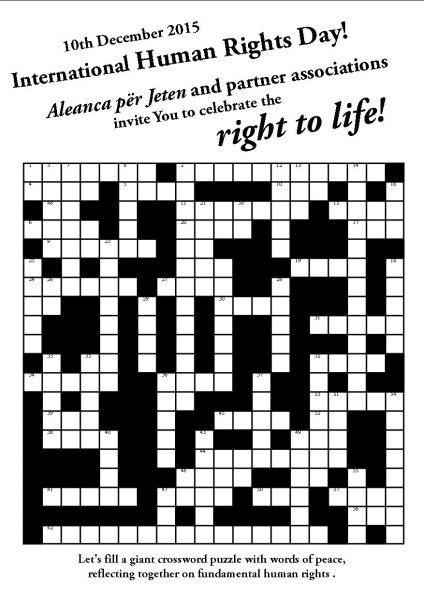 On 10th December 1948, the United Nations General Assembly adopted and published the Universal Declaration of Human Rights. Following up on this historical act, the Assembly invited all its member states to promote, publicize and explain the text worldwide.

The Declaration houses 30 articles. Among these articles we recall the right to freedom, the right to equality and the rights of the individual in civil and political society. However, the right to life stands out as the most important one; the one from which all the others arose.