Regretfully, the COVID-19 pandemic had no mitigating effect on the blood feud phenomenon in Albania. 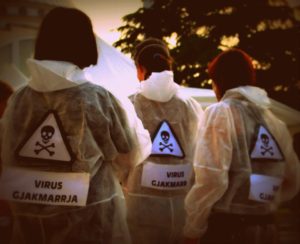 Regretfully, the COVID-19 pandemic had no mitigating effect on the blood feuds phenomenon in Albania. During the month of June, three men have been killed due to past feuds. In 2012, during a demonstration against this practice, the volunteers of Operazione Colomba metaphorically compared blood feuds phenomenon to a virus, since the mentality which originates it can spread easily and cause an endless number of deaths. END_OF_DOCUMENT_TOKEN_TO_BE_REPLACED 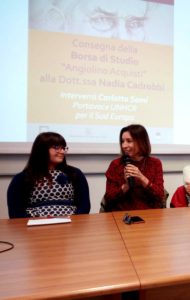 On Friday 25 October, at the high schools of Sansepolcro, the “Angiolino Acquisti” Scholarship was awarded to Dr. Nadia Cadrobbi, a long term volunteer who recently completed her mission in Albania with Operazione Colomba. The Scholarship is intended for the Non-violence issue with the aim of disseminating scientific studies about non-violent conflict management, resolution and transformation. END_OF_DOCUMENT_TOKEN_TO_BE_REPLACED 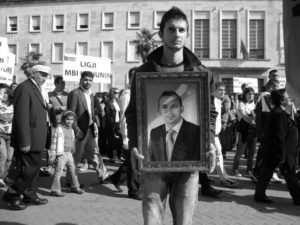 On the death date of Dritan Prroj, Minister of the Evangelical Church of Shkodër killed in 2010 for blood feud’s reasons, the City of Shkodër dedicated to him the “citizen recognition for his precious contribution in the field of social and spiritual education (Minister of the Evangelical Church “Word of Christ”), continuously at the service of the poor and needy families, missionary of Peace and compassion against the blood feuds phenomenon, representing the example of a priceless heritage, inspiring the fight against the blood feuds phenomenon”. END_OF_DOCUMENT_TOKEN_TO_BE_REPLACED