A Crowd Against Blood Feuds > Campaign 2016

A year ago, the campaign for reconciliation against the blood feud ended

The national campaign of awareness against blood feuds, promoted in 2016 by Operazione Colomba in Albania, ended on 30 September 2016 near the capital city of Tirana. On that date, a plaque in memory of blood feuds’ victims  was donated to the Palace of Culture of Kamez to remember that this practice still violates fundamental human rights. Since 2010, we have been working to reach an important goal: the end of blood feuds’ phenomenon through reconciliation and forgiveness paths.

Presentation of the book “Forgiveness is a great benefit” Video Operazione Colomba presented the book “Forgiveness is a great benefit” by Father Gianfranco Testa. It has been an important opportunity to give a meaning to the forgiveness and reconciliation, altogether against the phenomenon of blood feuds. END_OF_DOCUMENT_TOKEN_TO_BE_REPLACED

The stage of raising-awareness “Të lidhim besen për… pajtim!” in Vlorë scheduled on November 2016 will be postponed to Spring 2017 for organizational reasons.
Operazione Colomba goes on creating a collective memory in order to commemorate the victims of the blood-feuds phenomenon and asking for commitment to local and international institutions to its overcoming.

My spirit will go on living free…

E. is a young man who since his childhood is stuck in the phenomenon of blood-feuds. His childhood is made of fear, self-reclusion and isolation; his youth is in balance between frustration and research of a third way between being killed and killing. E. is walking on this third way though the road will be long. Below a script that E. has given us. 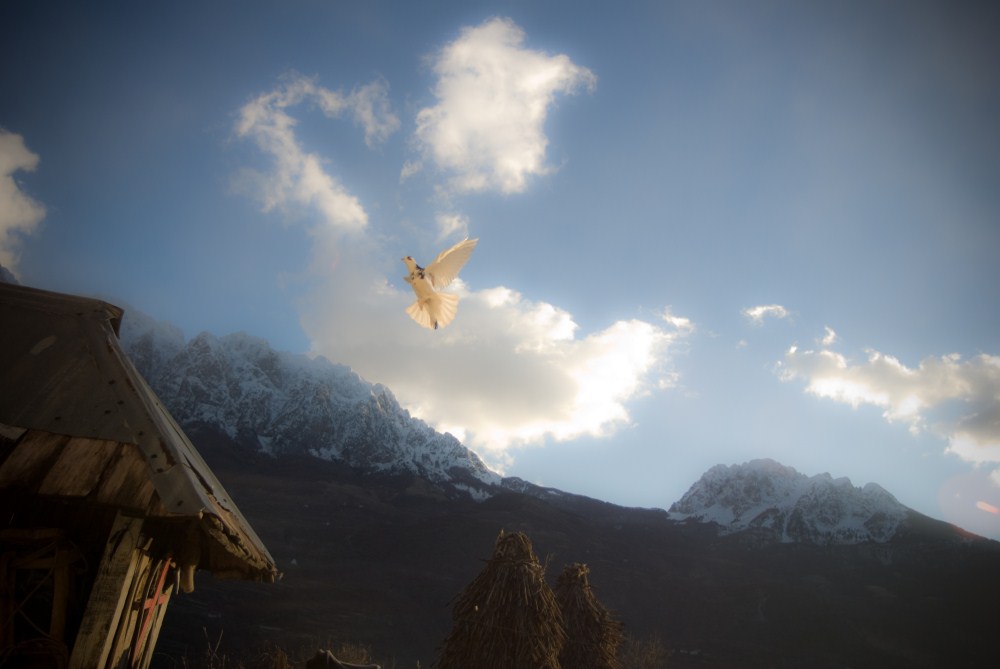 END_OF_DOCUMENT_TOKEN_TO_BE_REPLACED

FOTO Public screening of the movie “The Forgiveness of Blood”

Public screening of the movie “The Forgiveness of Blood” in the square of Kamez, with the protagonist Mrs. Sindi Laçej.