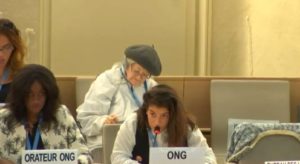 Present situation
At the beginning of September, the blood feuds phenomenon emerged from the chronicles because of a murder case in Bulqizë (Dibër region). A young man killed his friend for reasons that are still unclear, and the police – for fear of reprisals by the victim’s family – oversaw the house of the culprit’s family.
Moreover, a long analysis of the phenomenon and its consequences appeared in the Albanian media, starting from the description of a conflict that arose in 1997 and degenerated into a blood feud until today. The editorial aims to remind the Albanian institutions that they should eradicate this social plague once and for all, since it is in stark contrast to the demands of modernity and development of the European Union.

Activities
In September, the volunteers focused mainly on home visits to families involved in the blood feud phenomenon – a way to monitor the most critical situations through the direct sharing.
In particular, we talked to a young man who lost his brother last year for vendetta’s reasons. The neighbors keep putting a strong negative pressure on him, made up of allusions and instigations to practice do-it-yourself justice. However, he resists the temptation to avenge because he knows that the only possible consequence in this case would be the worsening of suffering for his family. We try to support as much as possible his fragile balance with our presence, even just spending an afternoon together, while the whole family prepares raki (local grappa) with the grapes picked in the garden.
In the middle of the month, we went to Tropoja for some monitoring visits and to keep in touch with some families met during the summer camp realized in July.
Direct sharing also means to celebrate moments of joy together. So it was for a visit to a lady, involved in a feud, who wanted to host us for lunch to return the favour; she thanked us very much for the years we spent in Albania where we supported her in a path aimed at reconciling her family with the opposing one. The baptism of some children, who belong to a family affected by the phenomenon, represented another moment of joy. The children’s father is in prison for a murder committed for vendetta reasons; and the mother, despite many difficulties, tries to guarantee her children a good instruction and to raise them according to the values of justice and reconciliation, also through a Christian education.
Finally, two civil escorts were carried out in prison to allow two wives to meet their husbands, detained for murder and attempted murder committed for blood feuds reasons.

Relationship with institutions and civil society
During the 42nd session of the Human Rights Council of the United Nations in Geneva, on September 19th were announced the outcomes of the third cycle of Albania’s Universal Periodic Review. On this occasion, the Comunità Papa Giovanni XXIII Association, in special consultative status at Ecosoc, read an oral statement, representing also Operazione Colomba’s opinion, to recommend and strengthen the commitment of the Albanian Government to counter different social plagues in the Country, such as the blood feud phenomenon, domestic violence, discrimination against minorities and failure to respect children’s rights.
Regarding the blood feuds phenomenon, the Association expressed its appreciation for the recognition of this practice by some member States of the Council and for the idea to create a database concerning the families involved in it. However, the Association also reminded the Albanian institutions to adopt further measures to prevent and combat the phenomenon, supporting mediation and restorative justice paths among families affected by this social plague.