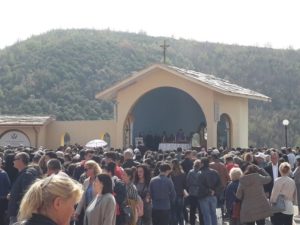 Present situation
In June, Albania experienced a period of strong institutional instability. The election campaign, in view of the local elections of June 30, has taken on harsh tones, so much so as to provoke a boycott of the electoral process in the main opposition party. As a result, in the middle of the month the President of the Republic decided to cancel the elections, moving the date to October 13th. Instead, the Prime Minister has decided to respond to this act by maintaining the date of the elections for June 30th. In the absence of the Constitutional Court, the only body delegated to settle these disputes, the elections were actually held on June 30th, with a total absence of the candidates of the opposition party, who withdrew from the competition as a gesture of protest. However, the international observers have tried to guarantee a correct voting process. The institutional crisis in any case is serious and risks jeopardizing the future opening of negotiations for the entry of the Country into the European Union.
Earlier this month, an administrator from the Selenicë area (Vlora) was killed while trying to quell a brawl between two cousins for ownership’s reasons. Reporting the news, the local media referred to a sort of “property curse”, since even the one who had previously held the same position as the victim had been killed 7 months earlier for the same reasons.
In mid-month, during the usual annual pilgrimage that many Albanians make to reach the sanctuary of Saint Anthony in Laç, two young men quarrelled because of the parking, and one of the two boys shot the other one, killing him.

Activities
The month of June was also full of strong emotions: Nadia, a long-term volunteer, decided to return to Italy after almost two years of presence. The greeting visits to families were very touching, a symbol of the strong and deep bond established and based on the direct sharing of painful and joyful moments aimed at building hope for a change.
At the beginning of the month, we accompanied two families involved in a blood feud to the sanctuary of Saint Anthony to offer them moments of carefree and prayer. These activities help these families alleviate the continuous tension they live.
In the middle of the month, we accompanied a woman and her family to the cemetery, on the anniversary of the death of her daughter and father-in-law, killed because of a blood feud in 2012. Unfortunately, the social pressure requires this mother to follow some dictates of local tradition that do not help her to overcome the mourning neither to get rid of the pain she feels. On this occasion, we therefore donated them an album for the photographs where we reported a dedication that invites them to include especially positive memories.
Furthermore, we went to the Catholic cemetery of Shkodër to honor the grandmother’s grave of a boy killed because of a revenge. The grandmother was a very positive figure within the family and everyone remembered her as a person who worked for peace. Our gesture was very much appreciated by relatives: the daughter called us moved, thanking us for the respect and care reserved for her family.
Finally, the entire month of June was dedicated to the organization of a summer camp whose realization is scheduled for the beginning of July in the Tropoja area, a mountainous area where the tradition of the Kanun is strongly rooted. This year the theme of the camp will be “The weight of the emotions” and the activities will be aimed at providing tools to manage emotions so that they won’t be a burden too heavy to carry and to lighten up the everyday life that is often complicated by the close-minded surroundings.

Relationship with institutions and civil society
During the month of June, we continued to analyze the newspapers to extrapolate information regarding the case of Mario Majollari’s murder. In this regard, we contacted the Albanian Ombudsman who undertook to monitor any further developments of this case.
Finally, we attended the initiative organized by the Italian Embassy in Tirana to celebrate the Italian Republic Day. The event allowed us to greet the First Secretary of the Embassy, Raffaella Campanati, who ended her mission in Albania. Our warmest thanks go to her who has always supported our work and believed in our values.