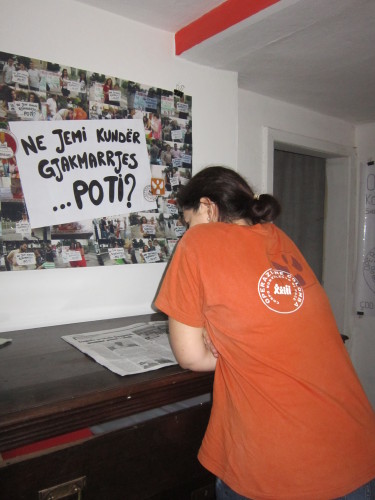 At the beginning of December, the media attention focused on the political clashes between the majority and the opposition to the Government. The “protest lights up” in Tirane on December 8. On the shadow of such events, the “Blood Feuds phenomenon” persists and, in parallel, the efforts carried on in order to contrast it. In his declaration stated during the Human Rights International Day, on December 10, the Ombudsman quotes the Parliament’s resolution approved at the aim of creating a Council of Coordination for the Struggle against the “Blood Feuds phenomenon”.
With regard to December 2015 revenge cases, by consulting the Albanian newspaper, are emerged four new cases of murder that can be related to the  phenomenon dynamics. Moreover, an Italian news website and an Albanian one told about two long-lasting cases of feuds.
Beside, the Albanian Channel Star Plus TV has deal with the “Blood Feuds” topic by interviewing some Operation Dove volunteers. Finally, the Magazine Saras has published a short review about Isamil Kaderé’s book Broken April, that addresses the “Blood Feuds” theme.