Blood feuds in 2018 – numbers from the press

Operazione Colomba carries out a monitoring activity about data related to the blood feuds phenomenon in Albania by reading and analyzing articles published in the press on a daily basis. Every day the volunteers read 3 newspapers of the Albanian national press and try to monitor also the foreign press, looking for elements that can attribute crime news stories to the blood feuds phenomenon, when it is not already clarified in the press. The identified cases are then classified in a database, according to a subdivision between cases of hakmarrje (vengeance) and cases of gjakmarrje (blood feud).
The data collected in 2018 show a constant trend in the use of violence to approach disputes caused by different reasons, with an average of 11 cases per month of vengeance, throughout the national territory. The 5 cases attributable to the blood feud result as a consequence of vengeance acts previously committed, according to mechanism of retaliation, typical of private justice.
The case occurred in Spain highlights the phenomenon of the so-called blood feud export, a phenomenon that involves the victims even when they are abroad.
For further information on the classification and on the geographical and numerical distribution of the phenomenon, see the triennial Report “Descriptive document on the phenomenon of ‘hakmarrja’ and ‘gjakmarrja’ to raise awareness among Albanian and international institutions – III edition”, p. 18.

On the basis of data collected during 2018, Operazione Colomba in Albania has drawn the following diagram which shows the number of hakmarrje and gjakmarrje cases occurred during last year. The total number of cases is 137: 5 happened for gjakmarrje and 132 for hakmarrje.

Diagram 2 shows the 5 cases of gjakmarrje occurred in 2018. The number should not be underestimated, considering that a homicide can cause others.

Diagram 3 shows the 132 cases of hakmarrje. The average is 11 cases per month, with a peak of 18 cases in the month of February 2018. During the year, there is a constant trend to the use of violence. 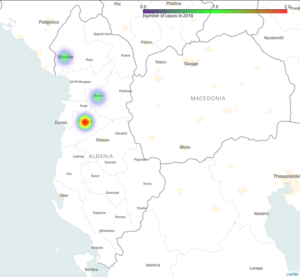 Map 1 shows the distribution of the gjakmarrje cases on the Albanian territory occurred in 2018. Two happened in Tirana, one in Burrel and one in Shkodër. The fifth case, shown in diagram 2, is not present on the map since it occurred in Spain. The highest number of cases of gjakmarrje is registered in Tirana. 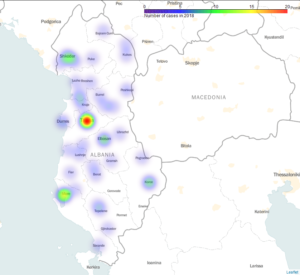 Map 2 illustrates the cases of hakmarrje on the Albanian territory occurred in 2018. As you can see, the phenomenon is present throughout the country.