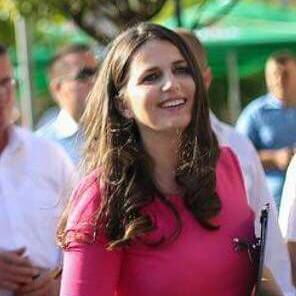 Today we post the answers from the Mayor of Ura Vajgurore, Juliana Flamur Memaj. The beautiful letter that follows dates 10 September 2015, but for technical reasons we have managed to publish it only today.

The answers from the mayor of Ura Vajgurore

Following, the entire answers from the Mayor of Ura Vajgurore:

Following your request about the blood feuds phenomenon in our municipality, we reply to your questionnaire as follows:

1. What is the spread of the blood feud phenomenon in the area where you are the mayor?
In the former municipality of Vajgurore, included its 5 villages, there was no case of blood feud. Since the birth of the new territorial division, the Municipality of Ura Vajgurore has enlarged, given that Kutalli, Poshnjë and Cukalat, together with their own villages, have been added to the municipality. Consequently, responsibilities and tasks have multiplied. We went on the ground very soon in order to collect information about the blood feuds.
According to the villagers, in  Drenovicë, Samaticë and Rërëz, part of the former municipality of Kutalli, the blood feuds phenomenon was largely widespread. Thanks to the support of some influential persons, we organized meetings in those villages, ascertaining the presence of  some familiar clans (fis) involved in feuds (according to unofficial sources).

a. How is the phenomenon perceived by the population?
Since the beginning of the conflicts, the murders kept on going for many years. Not only the families involved were self-recluded, but even the other villagers were horrified. They were very scared even of going out, when they used to look in all directions. No one of the other villagers accepted the phenomenon, but it was and it is still lived in silence.
Among the inhabitants was used the expression “What is occurring to them (related to the families) never happen to my enemy”.
During the “hot” period of murders, no one wanted to give information; only a few ones did, but the information were limited and reported in secure places. Fear was so big that no one dared talk to any member of the families involved, in an attempt to suggest them to stop such a tragedy.
According to the villagers, in almost all of the cases the beginning of the feud occurred for banal reasons. That was well known by all of the inhabitants who don’t back the phenomenon, rather perceive it as a consequence of a scarce level of education and culture.

b. How many cases of blood feud are there in the municipality/district where you are the mayor?
As above mentioned, in Drenovicë there are two families (fis) engaged in a feud against another fis; in Samaticë there is a fis against another one, as well as in Rërëz.
According to unofficial data, the number of victims in Drenovicë raised to 15 dead, as well as in
Rërëz, while in Samaticë raised to 9. The murders kept on going for 10 years, since the 1997/8 until the 2004/05. The presence of weapons in people’s homes, caused by the storages opening in 1997, has encouraged the phenomenon. In the last few years, it seems that there has been a silent agreement and the feuds are ceased. Nevertheless, the areas above mentioned have to be considered as loose cannons ready to explode at the smallest provocation.

c. Is there any collaboration between the local administration and the other organizations in the territory where you are the mayor?
In 2000 a working group was established. It is composed by representatives of OSCE, Ombudsman, the Kutalli city council’s president and the village elders. The attempts of reconciliation failed, even if the fis’ oldest members had accepted an agreement, but the youngest ones didn’t.

2. Specifically, which concrete steps would you do for the complete eradication of the blood feud phenomenon, referring particularly to the territory of the town/district where you are the mayor?
– We have to create a working group and visit those families, aiming to better know the phenomenon, talk about the circumstances, understand their psychology and mentality, build affinity, trust and acquire competences in order to give the help we want to.
– Since for 10 years there is an ostensible tranquillity between the families, we have to prevent any accident. Even if since 10 years no murder has been carried out, the phenomenon still exists and we have to proceed toward the reconciliation and the forgiveness.
– It’s necessary to create cooperation between the municipality administration, the ombudsman, OSCE representatives, families’ influential persons and, why not?, even the young and educated members of those families.

Operazione Colomba volunteers would like to sincerely thank the Mayor Juliana Flamur Memaj for the time spent in filling in, in such an in-depth manner, our questionnaire. We thank her also for the interest and the substance she made us part of and, above all, for acknowledging the existence of a problem still deeply rooted and harmful for the Country. She acknowledged the presence, in her municipality, of the phenomenon, whose existence is still far from being public and admitted by both citizens and institutions.
Sure that the missing answer to the third question was caused only by forgetfulness, we wish to cooperate with the Mayor of Ura Vajgurore as soon as possible.