The answers from the Mayor of Shijak about blood feuds 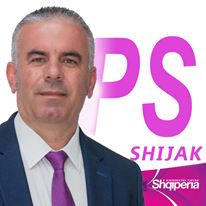 Today we post the last letter received by an Albanian Mayor in response to the Operazione Colomba questionnaire about the blood feuds phenomenon. The Campaign “A Crowd Against Blood Feuds”, and its questionnaire, has been launched with the aim to raise Albanian institutions awareness about the phenomenon, a plague still alive and well rooted all over the Country.
Following the answers from the Mayor of Shijak, Ardian Kokomani.

The answers from the Mayor of Shijak

Subject: Compilation of the questionnaire about the blood feuds phenomenon addressed to the Mayor

QUESTIONS FOR THE ALBANIAN MAYORS

b. How many cases of blood feuds are there in the municipality/district you are mayor of?
We don’t have accurate data about the quantity of cases, but approximately there should be around 10-20 cases.

c. Is there any collaboration between the local administration and other institutions in the territory you are mayor of?
Yes, we have cooperated with the Police, Durrës’ Social Services Direction and Durrës’ Prefecture.

2. Specifically, which concrete steps would you like to take in order to completely eradicate the blood feuds phenomenon? Especially referring to the area you are mayor of?
To organize raising awareness campaigns about the negative consequences caused by the phenomenon. They would be addressed to the inhabitants of the community and held in educational structures. To coordinate the municipality with the Police’s work for the recording of cases, supervision and prevention.

3. On the 4th of May 2005, Law no. 9389 was emanated but it has never been applied because the Executive has never issued the implementing acts needed. What do you plan to do in order to ask the Albanian Executive to implement this legal tool?The approval of the legislative decrees for a concrete application of the law.

We would like to thank the Mayor Adrian Kokomani for his kind cooperation and for his will to share with us some data about the phenomenon. Although the data are quite approximative, as often happens talking about numbers related to the phenomenon, it seems to us that the number of families involved in feuds is sufficiently high to demand a concrete and immediate action against the phenomenon by the municipality administration. We wish he can successfully work toward such a goal and suggest him to define a strategy for recording data, since the ones he provided are quite approximate. Moreover, we see it hard to talk about the blood feuds phenomenon in terms of “isolated and sporadic cases”,