The answers from the Mayor of Roskovec about blood feuds 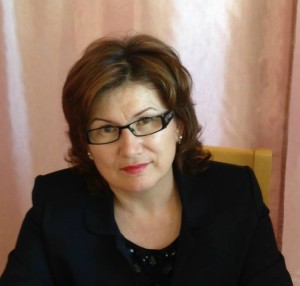 Today we post the answers from the Mayor of Roskovec, Mrs. Majlinda Bufi, to the questionnaire drafted by Operazione Colomba volunteers within the Campaign “A Crowd against blood feuds” and addressed to all the Albanian Mayors. Although the Campaign expired on the 30th of September, we keep on posting the answers received on time, as the one from the Mayor Majlinda Bufi.

– How much is widespread the Blood Feuds Phenomenon in Your municipality?
– Which kind of measures would You like to adopt in order to face and eliminate the phenomenon?
– How do You think to pressure the Government to make sure it will implement the Law n. 9389/05? The one that provides for the establishment of a Coordination Council in order to fight against the Blood Feuds Phenomenon?

The answers from the Mayor of Roskovec

About the letter prot. 2733/2015 for the information related to the blood feuds phenomenon, we do inform you that in the Municipality of Roskovec the phenomenon never existed. “Life is a right, a human being’s fundamental attribute; when someone takes another human being’s life he kills the Man itself, as an expression of rights and duties. Having an inestimable value, life becomes subject of constitutional protection”.

In relation to the questionnaire, it is possible to outline as follows:

1. The respect for human rights and fundamental freedom has a special meaning in an emancipated society. Such rights and freedom can’t be respected without any boundary, otherwise absolute and uniform protection of citizen’s rights would be impossible. Therefore, there exist rights an fundamental freedom’s restrictions. Such restrictions have bee declared as lawful by the international treaties and tools.
Roskovec’s population considers itself as a people who respect life and its religious affiliation. Nevertheless, we had no case of criminality that brought to episodes of revenge. I underline that the citizens of this municipality are much more oriented to solve their conflicts by resorting the justice system (in case they would ever happen).

2. The blood feuds phenomenon is a negative one and brings to irreparable consequences in every aspect of human life. In case such a phenomenon would ever happen, I would do everything possible, both on institutional and human level, in order to eradicate this inhuman practice, especially since I am too an inhabitants of this municipality.

3. What I would like to demand to the Albanian Executive, regarding the law 9389, is to implement the law as soon as possible for the sake of the whole community.

4. In more than 20 years of transition, almost every day it is possible to learn from the media about murders committed for feud’s reasons. It is needed to prevent, as much as possible, the blood feuds phenomenon, which is conducing to other kind of human rights violations too. People involved into the feuds live their life in insecure conditions, in a negative circle. Indeed, other than losing fathers, children, husbands and brothers, they lose their right to work, useful for feeding the family, they electoral rights, and their right to education, etc. I underline that the feud, as well as any other challenge of the Albanian State and society, requires a new approach in the behaviour and commitment of all the Albanian public administration.

Thank you for your cooperation,
The Mayor,
Majlinda Bufi

Operazione Colomba would like to thank the Mayor of Roskovec for her kind cooperation. Not only she answered all of the questions, but she made a point of adding an in-depth analysis about the several problems caused by the blood feuds phenomenon. We appreciate the specification given by the Mayor about the importance of collaboration between all the administrative structures in order to halt and defeat such a dynamic through a shift in the Country’s institutional behaviour. Operazione Colomba volunteers hope that the noble purposes she has shown will be followed by effective and concrete actions, so that she can prove that the shift in the institutional behaviour she wishes is possible other than desirable. We invite the Mayor not to hesitate to contact us for a possible cooperation. Finally, we commit ourselves in comparing the data provided through the answers from the mayor of Roskovec with the ones we have been collecting for years.