What is Operazione Colomba? 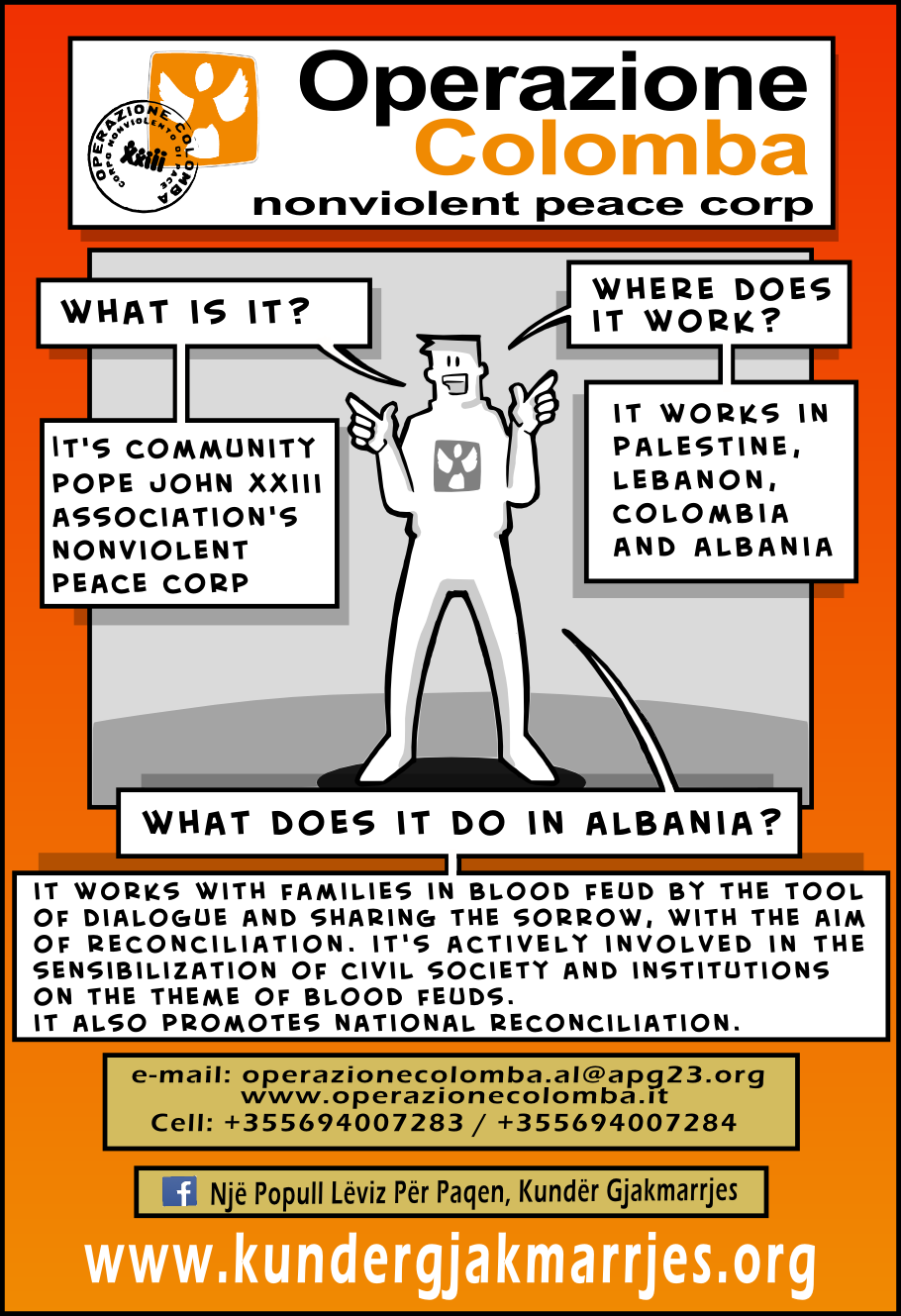 Operazione Colomba  is the nonviolent peace corp of the Association Community Pope John XXIII. It was born in 1992 during the conflict in former Jugoslavia. Since that date it works in conflicting areas.

Its basic values and pillars for its strategy are:
– Nonviolence as principal way of action, “an active and creative strength which comes into life through various actions such as interposition, accompaniment, mediation, advocacy, protection, reconciliation”;
– Sharing the way of life and sufferance of people living in conflicting areas are forced to live;
– Equi-proximity with all of the conflict victims who suffer violence’s consequences and its injustice.

Since 1992, over a thousand people have decided to be actively part of Operazione Colomba’s project. That permitted the association to be present in several conflicting areas and work for peace. Since its birth, indeed, Operazione Colomba worked in Croatia, Bosnia and Herzegovina, Sierra Leone, Kosovo, Macedonia, East Timor, Chiapas/Mexico, Cechnya/Russia, Democratic Republic of Congo, Gaza Strip, Darfur, Nord Uganda, Georgia, Castel Volturno-Italy and Greece. Currently it works in Albania, Colombia, Lebanon/Sirya and Palestine/Israel.