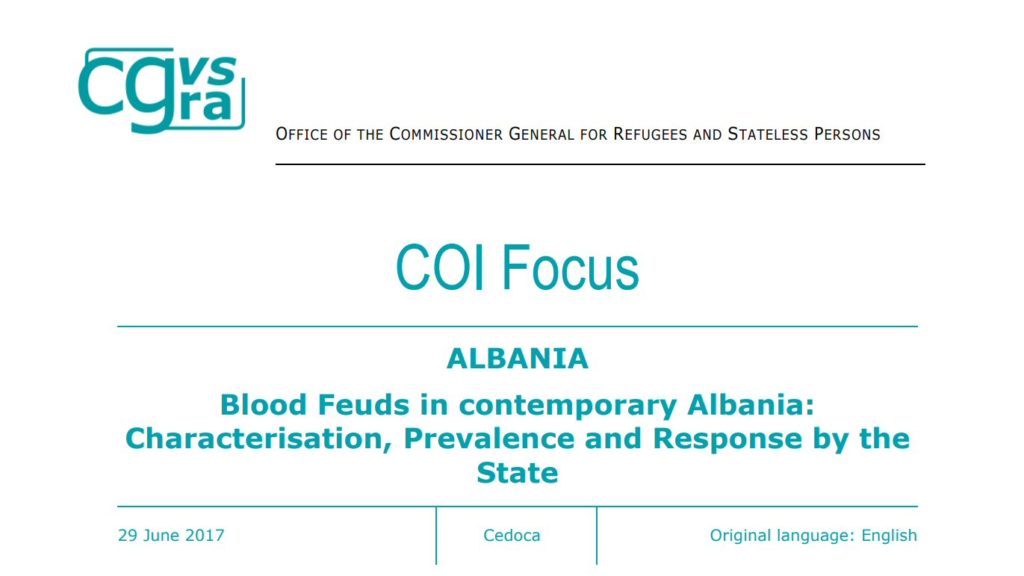 In March, the Federal Board that receives and decides upon asylum claims in Belgium has met Operazione Colomba’s volunteers in Shkodër, Albania. Over the last few years, many Albanians have asked for asylum in Belgium because of their involvement in the blood feud’s phenomenon. Therefore, two members of the research department of the Office of the Commissioner General for Refugees and Stateless Persons in Belgium took part to a fact finding mission in Albania in order to update their information and understanding of the phenomenon of “gjakmarrja/hakmarrja”. During the meeting, the belgian delegation had the chance to know more about  Operazione Colomba’s activities against this phenomenon in Albania and its field experience in order to understand how that practice works nowadays, which is its geographical/quantitative distribution and which could be its solution.
Moreover, the belgian delegation met some representatives of the Albanian institutions and associations to collect further information about blood feuds phenomenon. The delegation used these information to produce the Report “Albania. Blood Feuds in contemporary Albania: Characterisation, Prevalence and Response by the State” where also the considerations of Operazione Colomba’s volunteers have been mentioned.
The Report has been recently published. It is an important research about the blood feud’s phenomenon, a practice still little known in Europe. The Report describes the phenomenon’s evolution until now, its main characteristics, the interventions of the institutions and organisations aimed at preventing this practice. Finally, the Report gives useful indications to face asylum claims related to blood feuds.