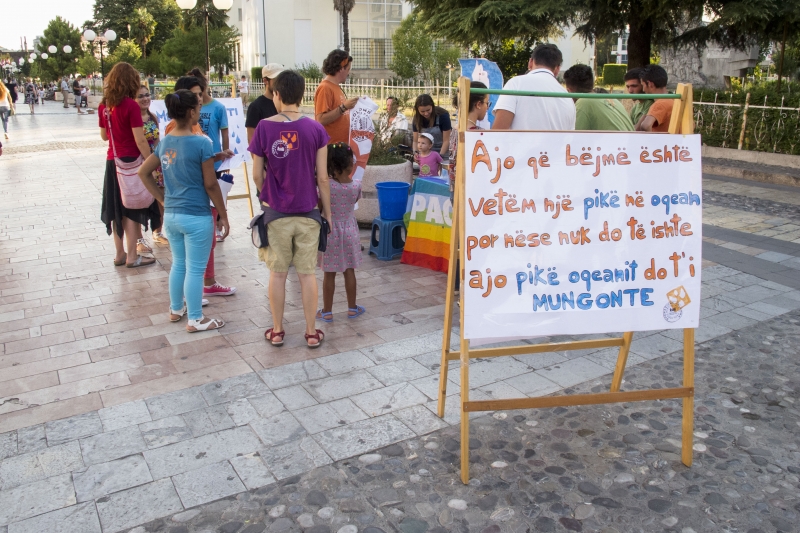 Drop by drop to fill up an ocean of peace

As every month, on the 12th of July Operazione Colomba volunteers involved Shkodra population  into the demonstration against blood feud phenomenon. Volunteers’ goal  was to launch a message of peace through popular wisdom. An Albanian proverb says: “What we do it’s only a drop in the ocean, but if we didn’t do it the ocean wouldn’t exist”. Each drop fills up the ocean as each one of us can be a drop of peace that fills up Albania with reconciliation.

Shkodra population was involved in the event through a symbolic gesture of peace. In the pedestrian area of the city centre, indeed, it was asked people passing by to stop and to fill up a glass of water on which was written the word “pajtimi” (reconciliation), and to overthrow it in a transparent bin. On the back of the transparent bin was placed a billboard showing a graduated map of Albania. In this way, every passer-by had the opportunity to demonstrate her/his personal commitment to national reconciliation. In fact, the greater was the number of water glasses poured into the bin, the higher was the level of reconciliation wished in Albania, represented physically by the level of water slowly raising up. The activity was particularly participated; the bin, indeed, was filled up almost to the brim. The event succeeded thanks to the distribution of 400 leaflets and to the support of many volunteers of Operazione Colomba.

Drop by drop to fill up an ocean of peace 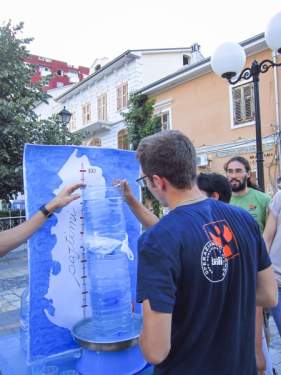